Let Pi Remind us of the Mystery of Life 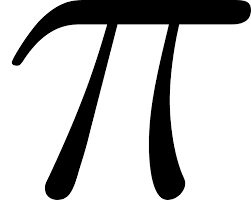 There’s a lot of celebration for this year’s Pi Day, since today’s date expressed in numbers, 3.14.15, is the first five digits in the (apparently) infinite sequence of pi.
We usually think of science and mathematics as hard sciences that are all about dispelling the mysteries of life. Yet mathematics can be seen as enshrining the mystery of life in a way that perhaps can speak to our modern, materialistic world better than religious or spiritual language.
Pi in particular is a great reminder that human knowledge is still just scratching the surface of the truth of what is. Computers have allowed mathematicians to compute the value of pi to trillions of digits, and there is still no discernible pattern—it is infinitely singular (that is, it goes on forever but can only be expressed by itself, it can’t be condensed). At the same time, pi is derived from an extremely simple formula: the circumference of a circle divided by its diameter.
As mathematics professor Manil Suri wrote in today’s New York Times, (“On Pi Day Celebrate Math’s Enigmas”):

But pi’s infinite randomness can also be seen more as richness. What amazes, then, is the possibility that such profusion can come from a rule so simple: circumference divided by diameter. This is characteristic of mathematics, whereby elementary formulas can give rise to surprisingly varied phenomena. For instance, the humble quadratic can be used to model everything from the growth of bacterial populations to the manifestation of chaos. Pi makes us wonder if our universe’s complexity emerges from similarly simple mathematical building blocks…Pi reveals how limited human knowledge is, how there exist teeming realms we might never explore.

This simplicity is what I find so amazing about fractals: these are incredibly complex forms mimicking objects in the real world like an ocean’s shoreline, a river’s delta, or a tree’s branches, but the equations that produce the fractal designs are extremely simple. Learn more about fractals here. The website describes fractals in this way:

A fractal is a never-ending pattern. Fractals are infinitely complex patterns that are self-similar across different scales. They are created by repeating a simple process over and over in an ongoing feedback loop.

How much more mystical can you get?
There are many other examples of life’s mysteries being beautifully expressed in mathematics. The Fibonacci sequence describes the growth of plants (for example sunflower blossoms), nautilus shells, and dragonfly wings. Click here to watch a beautiful animation of how the Fibonacci sequence unfolds in living things.
If you’d like to learn more about how mathematics and the mystery of life are intertwined, I recommend Sacred Geometry: Deciphering the Code, by Stephen Skinner. This interesting and beautifully designed book shows how nature is filled with geometrical forms: plant growth following the Fibonacci sequence and the golden mean, crystals’ seven basic shapes, and the spirals found in shells, horns, hurricanes, and galaxies.
The book also shows the incredible genius of the ancient Greeks in figuring so much of geometry out, and utilizing it in understanding the world and the stars. Mr. Skinner then shows how the people of these ancient cultures used geometry to design their sacred spaces—temples, pyramids, and the megalithic monuments like Stonehenge.


So celebrate Pi Day—eat a piece of pie contemplating the awesomeness of the relation between circumference and diameter of your pie’s original circle—and embrace the mystery of the universe!
Posted by Unknown at 9:35 AM No comments: