Well-Adjusted to a Sick Society

Jiddu Krishnamurti said, “It is no measure of health to be well-adjusted to a profoundly sick society.”
I thought of this while reading Jared Diamond’s new book, The World Until Yesterday: What Can We Learn From Traditional Societies?
Jared Diamond has been traveling to New Guinea since 1964 to study birds, and as a result has learned a lot about the ways people of traditional societies think. Drawing on his own experience and that of anthropologists working all around the planet, Diamond compares these societies to modern industrialized states. Diamond identifies things that we in the Western world could learn from traditional peoples, and he also delineates ways in which life is better in our advanced societies (mostly issues of safety and violence). Perhaps his main message is that we should think of cultural diversity as thousands of experiments by human beings to meet the common challenges of life: child rearing, old age, conflict resolution, war, dealing with dangers, and staying healthy.
What made me think of Krishnamurti’s quote was this passage:

A recurring theme is that the other Westerners and I are struck by the emotional security, self-confidence, curiosity, and autonomy of members of small-scale societies, not only as adults but already as children…The Westerners who have lived with hunter-gatherers and other small-scale societies speculate that these admirable qualities develop because of the way in which their children are brought up: namely, with constant security and stimulation as a result of the long nursing period, sleeping near parents for several years, far more social models available to children through allo-parenting [caretaking by other members of the group], far more social stimulation through constant physical contact and proximity of caretakers, instant caretaker responses to a child’s crying, and the minimal amount of physical punishment.

As Diamond points out, basically all psychological studies have been done with members of what he calls WEIRD societies—western, educated, industrial, rich, democratic—and with privileged members of those societies (college students). This does make you wonder whether many of the theories of psychological development are really only relevant to WEIRD cultures.
In addition, it makes you think that maybe the reason why so many Westerners are neurotic, insecure, depressed, anxious, etc. is not because there is something wrong with them. Perhaps their inability to find mental health is caused by living in a profoundly sick culture that deprives its citizens of some of the most basic human needs, like security, social interaction, and stimulation.
Diamond mentions some children of missionaries who were raised in the traditional societies, then were sent to a WEIRD country for schooling, and how difficult a time they had. One girl talked about how she had loved the freedom of being able to run into any home in the New Guinean village, and eat with any family on any particular day, and what a shock it was to learn that this was not normal behavior in the West. Diamond writes,

The children tell me that their biggest adjustment problem is to deal with and adopt the West’s selfish individualistic ways, and to shed the emphasis on cooperation and sharing that they have learned among New Guinea children. They describe being ashamed of themselves if they play competitive games in order to win, or if they try to excel in school, or if they seek an advantage or opportunity that their comrades don’t achieve.

One of these children of missionaries, Sabine Kuegler, wrote a book about her experiences in New Guinea, Child of the Jungle: The True Story of a Girl Caught Between Two Worlds. I haven’t read it (yet), but Diamond recommends it as an excellent account of the culture shock that is experienced when someone moves from a traditional society to the WEIRD world. There may be more physical comforts in the WEIRD world, but there is more psychological and emotional health in the traditional world.
Maybe we could learn something from them before it’s too late.
Posted by Unknown at 1:42 PM No comments:

When I moved to a small city a few years ago, after living for twenty years in a very small town, I noticed I felt an upsurge in creativity. I had been living in an isolated mountain valley and believed the peace and quiet were conducive to creativity, so this feeling surprised me. It was if I could feel the energy of the people around me. I thought maybe it was specific to the city I had moved to, which is a creative place, but after reading an interesting article in the February 2014 National Geographic I’ve changed my mind. 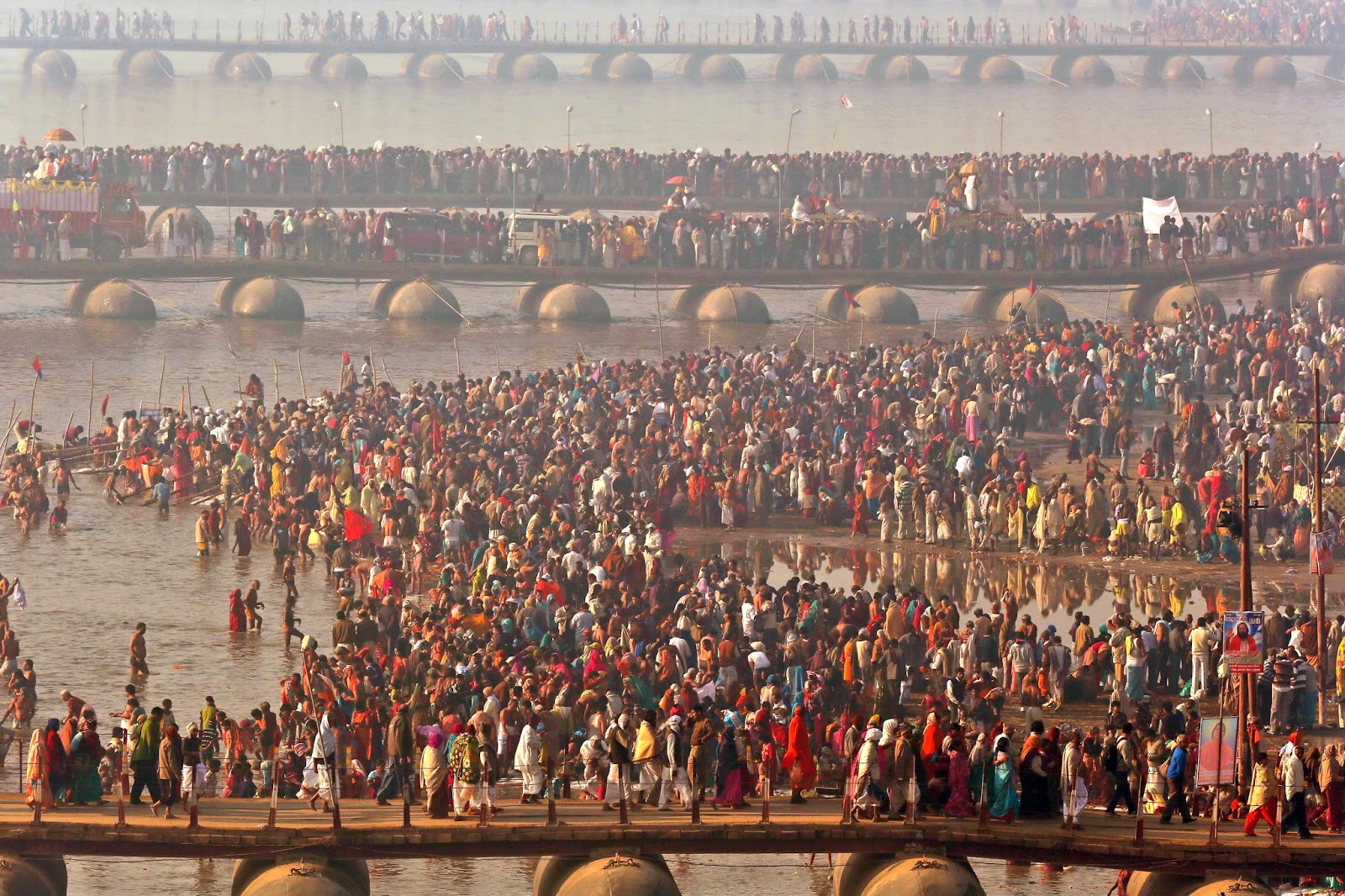 “Karma of the Crowd,” by Laura Spinney, is about the beneficial aspects of being around large groups of people, and uses as an example the large annual religious festival in India called Maha Kumbh Mela. I’ve always heard of the negative effects of crowds like mob mentality, but as Spinney writes,

There’s an energy coming off this crowd, a sense that it amounts to more than the sum of its parts. The French 19th century sociologist Emile Durkheim coined a phrase for it: collective effervescence. He was convinced it had a positive impact on individuals’ health. His ideas were sidelined during the mass violence of the 20th century, but perhaps he was on to something. Have crowds been misunderstood?

In the West there’s a pervasive idea that when people congregate, they surrender their individual identity, along with their ability to reason and behave morally—some of the very qualities that make us human.

“What our research shows is that, actually, crowds are critical to society,” says psychologist Stephen Reicher of the University of St. Andrews in the United Kingdom. “They help form our sense of who we are, they help form our relations to others, they even help determine our physical well-being.”

We Are ALL Innocent Ebook Free through March 8


The online ebook publishing site Smashwords is having a one week ebook promotion. During this time, We Are ALL Innocent by Reason of Insanity will be free. Visit my Smashwords page where you'll find the coupon code you need. 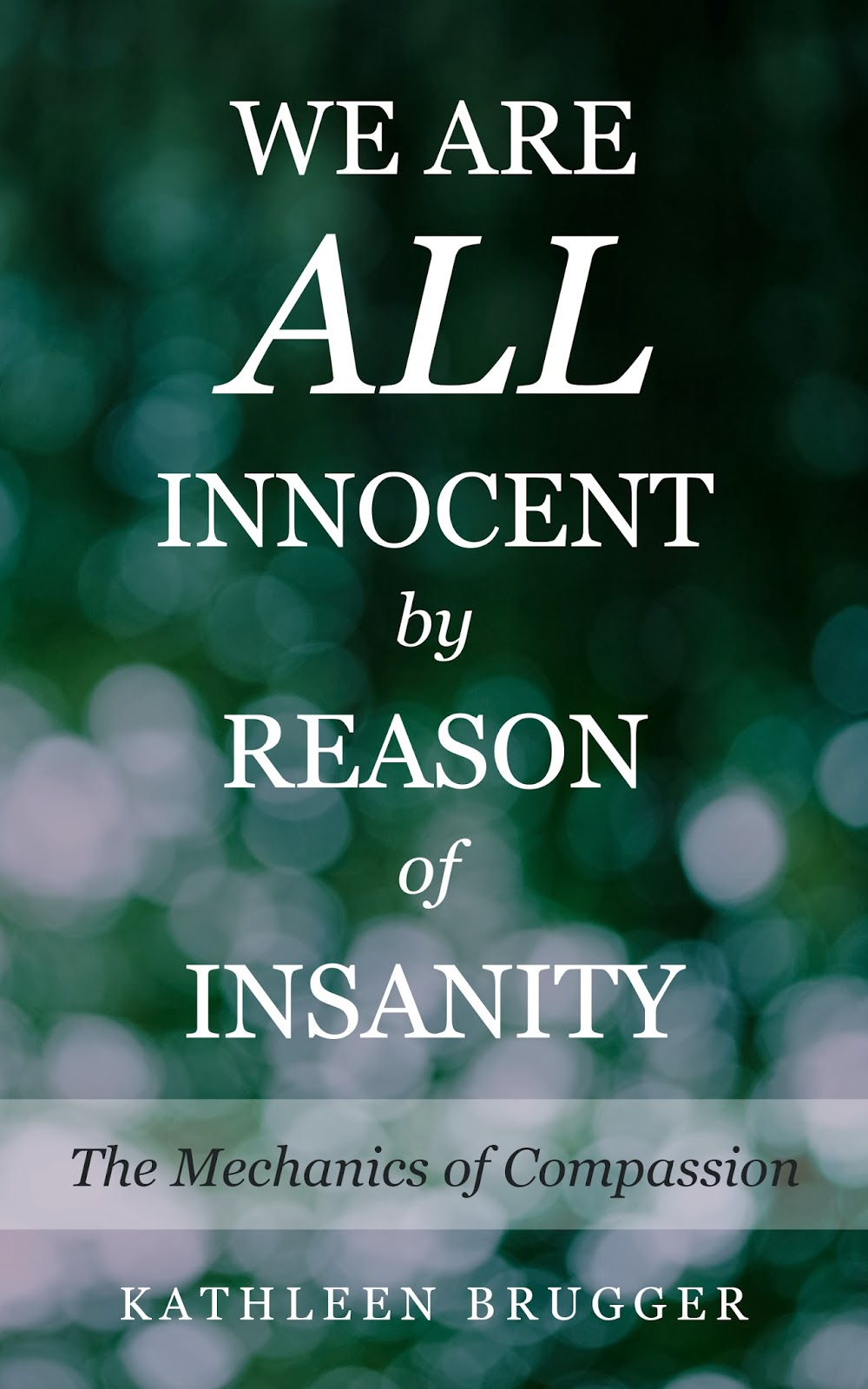